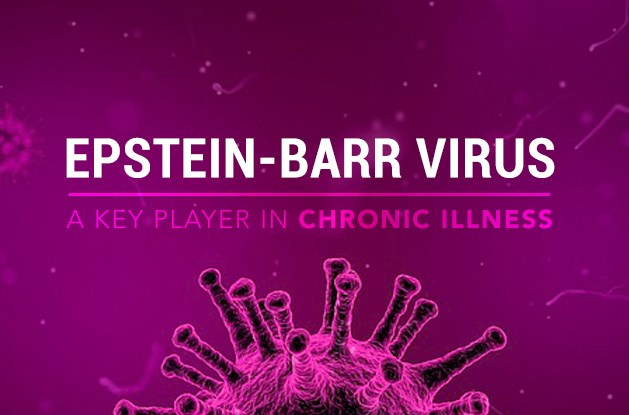 It is estimated that 90% percent of adults show a current or past EBV infection. #readthatagain. We have successfully helped many patients who suffer from this mostly undiagnosed/misdiagnosed illness.

Epstein-Barr virus (EBV) is one of the most common viruses around the world. Nearly every human is exposed to EBV at some point in their lives, with children being infected most often. Adults and teenagers usually get better in two to four weeks, but some can experience symptoms for months. When symptoms become chronic, a functional medicine approach can prevent further consequences of the virus. Once the symptoms have ceased, EBV becomes dormant and inactive in the body. However, it can reactivate at a later time. Once reactivated, the carrier can again pass the virus to others, no matter how much time has passed since the initial infection.

The Symptoms of EBV

Although the symptoms are closely related to other illnesses, a diagnosis of EBV can be made via blood tests that detect antibodies. Initial infections of EBV are often mild and closely parallel the symptoms of a common cold. Some of the general symptoms of an EBV infection include:

In teenagers or young adults that develop mononucleosis, symptoms of an infection often set in around four to six weeks after exposure to the virus, and some of these symptoms can be more severe. Earlier symptoms are similar to those of a cold or the flu, and as the illness progresses, they can increase in severity.

Some of the additional signs of an advanced infection may include:

Why do so many EBV patients travel to see us?

This is not a supplement and diet treatment. EBV patients come to us from all over the country after being told there was nothing they can do, wasting time and money and even being told it is in their head. Well, it certainly is not. We get consistent results because Dr. B asks the higher level question… Why did you immune system stop working and allow this wicked virus to flourish? And then knows what to do with the results. During treatment, Dr. Bauerschmidt will augment the immune system, while helping to remove toxins released by the virus. Using state-of-the-art light and oxygen therapies and cleansing protocols Dr. B helps patients suffering from EBV+ regain their health and overall quality of life. What sets Deeper Healing apart is the disciplined approach, detailed intakes and lab analysis to get to the root cause and treat in the right order with tools that work.